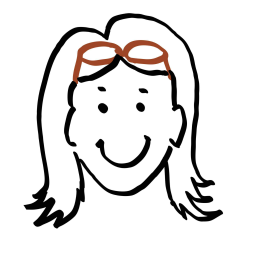 3 years, 3 months and 12 days. When I did the calculations I was horrified to find out that it has been 1200 days since I started this rug. The past two years have not seen much progress for many reasons, but partly because I was not completely satisfied with any of my possible border designs.

Inspiration for rug hooking, especially borders can be found anywhere. I found this carving at one of the museums in New York City. Unfortunately, I did not document it. It is one of those designs that keeps pulling me back. I decided to see if I could modify it as a border for this rug.

One of the problems is that the two sides are different sizes. I needed to redraw the pattern twice, once to fit the long side and another to fit the short side. Then I had to figure out a way to make the corners mesh. Some experimentation with a lot of taping and cutting finally reveled a solution. Luckily after doing some testing by printing out full sized patterns, I was able to bend and stretch the design enough so it fit perfectly on both sides. Next I had to transfer the pattern to the backing. This took three days of tugging and pulling and back breaking tracing. Because the design is complicated, I needed to color in some of the areas so I could keep the shapes straight.  I left some of the corner area blank.  I’ll figure that out later.

I still have a lot of excess backing so I’ll roll up the sides and stitch them in place with yarn.  I did this in the beginning but I had to undo them in order to transfer the pattern.  By stitching up the sides, I will not have to struggle with the excess fabric getting in my way while I am hooking.  This method has worked better for me than clamps.  I’ll roll it once, stitch it down, roll it again and stitch again.  This way I can just rip out one pass and unroll the backing but the rest of it will still be stitched up.  It is one of those things that will take longer now, but will make the hooking more pleasant later.

Now I can finally answer the most asked question:

Here’s the rug in place.  It is obvious that I have less than 1/2 of it hooked, but I feel like I’ve made huge progress.  Settling on the final border design was more difficult than the hooking will be.  I just had to give it time.  Who knew it would take almost 2 years to figure that out.  Now let’s see how fast I can get it hooked.

When I was preparing this image for the website, I accidentally rotated the image . It looked different.  Sometimes a different point of view, changes everything.  I’ve always photographed my rug to see the progress through the lens of the camera.  I never thought to rotate the image.  Huh?

I started adding color to the new border.  I wanted to add more red so I made the large scroll red with just a touch of gold to outline it on one side.  I thought it would look like the roses in the rug.  It does a bit.  I think part of the problem is that I put the gold on the wrong side.  When I hooked it, I thought the red was going where the background is.  When I discovered my mistake, I didn’t think about the gold being on the wrong side.

Since I try to do as I say, I will not rip it out yet.  I will keep hooking, using this information to adjust the placement of colors.  I am way to early in the hooking process to make a decision.  I need to hook more loops to earn the right to not like what I’ve done so far.

When I am hooking something new for the first time, I just jump in and try a few things. With this rug’s border, I wanted to hook in some more red. So I added red to the largest element, the big scroll like motif. I added a line of gold around the outside similar to what I did with the large scroll, except I only put it on one side.

When I hooked the second one, I noticed how closely it resembled the roses in the rug. What if I hooked that part of the scroll like my roses? I needed to change the gold to the other side, the outside, of the scroll.

But am I missing the opportunity to bring in the green and gold that I used in the large scroll? So I hooked the rest of the scroll using that combination.

This is a closeup of where I changed from red to green. The secret is to keep the values similar and textures also help to smooth the transition.

I decided to make the background around the small inner scrolls red. This will give the dose of red I am looking for, but now do I have too much red? My goal now is to hook the next one with the red and green changing closer to to rose so that the scroll is more green.

Day 1232 Hit and Miss Corner on the Room Sized Rug

The past two days at Sauder Village have exhausted me but I sure got a lot done- about 24 hours of hooking over two days. I hooked all the hit and miss on the left hand side and the corner. The little bit of empty area is now filled in. I took this picture earlier in the day yesterday. I’m glad I did because by the end of the day, I did not have the energy to spread the rug out one more time. I also hooked three rows around the entire rug. This set up the entire hit and miss area so it can be hooked at any time.

I hooked the corner on the right some time ago without any planning. I didn’t want to hook a typical mitered corner. What if I did a sort of woven corner? The idea was good, the execution was not so good. I’ve learned in the past that I need to just jump in and try an idea even if it is not perfect. Often during the execution, I figure out a better way. If nothing else, I figure out what does not work and this corner did not work for me.

For the second corner I planned it a bit more. Still no measuring, just eyeballing. I divided the area into bands and them wove them together. Sounds simple? It took me over an hour of fiddling with scraps of paper to get the overlaps to line up just right on the miter. Thanks for the tape idea, Chris. What added to the complexity of the layout is the fact that the two edges are not the same size but I still wanted a 45 degree angle.  More a problem of concentration than anything else.  Once I got the layout, the hooking fell into place.  I like this corner.

The hook-in was a welcome relief from the winter.  Seeing old friends and making new ones was even better.  This is Pam, my long-time roommate for all events at Sauder Village.  We had a great time, but that’s not unusual.  I always enjoy the time we spend together.

Yes, Day 2491. Completing a room sized hooked rug is a huge undertaking and I haven’t hooked on this rug in years. My teaching schedule became very heavy and my personal hooking suffered. I decided to cut back on my teaching schedule to make life simpler.

Then last year, just as I was finishing out some of my teaching commitments, we bought a farm house in the country. I had no plans to move but my husband found the perfect location. The house needed a complete remodel and we’ve been working on it for about a year. The best feature will be the rug hooking studio on the first floor! No more lugging wool up and down the stairs. You can see our remodeling progress at justneedsalittlework.com. We put Main St. on the market last week and part of clearing out the “stuff” included moving this large rug to the new house. Rather than simply stashing it away – I won’t have time to hook on it for a while – I decided to spread it out on the newly laid floor in one of the rooms.

I think I will leave it here until I need to move something else into this room. I still love it even though I started it in October 2007.

The last section in the border was scraped.

Read all the posts about my Room sized Rug (Updated 2019)

A simple step by step guide to achieve beautiful rugs

***This is still in development.  Sign up now to get the first lesson as soon as it is ready

You will get one short email per week. You can unsubscribe anytime.